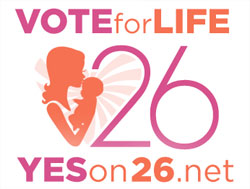 As LifeNews.com reported earlier today, Mississippi became the second state to “reject a personhood amendment that would have put the state on record as defining human life beginning at conception.”

This legislation, known as initiative 26, or i26, has revived the decades-old debate between so-called incrementalists, or pro-lifers who favor any laws that move toward ending abortion, and those who want the whole shebang done in one fell swoop. Pro-life attorneys warned supporters of the personhood amendment that even were it to pass, it would have been challenged and probably defeated at the state court level as an unlawful attempt to modify or ban parts of the Bill of Rights.

This is the problem. As long as the decision (Roe v. Wade) that makes abortion a “right” stands, pro-life legislation is going to continue to be hampered and defeated in the courts, because Roe makes abortion a constitutional right. As Steven Ertelt observed recently, “While defining human life beginning at conception or fertilization is… fine, if pro-life advocates truly want to end abortion, [the] strategy of changing the Supreme Court via changing the presidency and makeup of the Senate is the only avenue to ban abortions and the only objective pro-life advocates should be focusing on over the next 12 months. When the Supreme Court has a majority ready to overturn Roe, then and only then will it be possible to promote abortion bans or Human Life Amendments that have the ability to truly ban abortions.”

This is an issue that leaves pro-lifers torn. Is it a good idea to pour our time, energy, heart, and soul into personhood amendments, sonogram laws, and other legislation when odds are great the courts will see to it that all or part of the legislation is enjoined or repealed?

It’s a given to pro-lifers that the human embryo is a person. If it weren’t, we’d all be doing something else with our time. Anti-lifers deny it by making preposterous anti-science claims, or, in the case of this Washington Post writer, calling a personhood amendment preposterous because a woman can’t know right away if she’s pregnant, so in order to enforce a personhood law women would have to take pregnancy tests every day because the state can’t protect a human it doesn’t know exists. This is, of course, very silly. The whole point of a personhood amendment is to prevent the willfull killing of a human being in utero by procured abortion. Of course we don’t expect women to take pregnancy tests before they dye their hair or do jumping jacks (although I will point out in Texas us ladies have to take pregnancy tests before we get X-rays because it would cause harm to the baby… er, pardon me, inhuman non-person zygote.) After all, birth control is still legal…

Which is, of course, one of the reasons why i26 failed.

Someone close to me lives in Mississippi. He was driving home from work yesterday and saw University of Southern Mississippi students protesting i26 along a major thoroughfare. As usual, the protesters, by way of ridiculous signage, framed the debate as one between those who want women to be healthy and those who want to point and laugh at women while they die in the streets because they were raped by their fathers and couldn’t get access to birth control/condoms/IUDs/abortions.

Is it true that a personhood amendment could theoretically be used to outlaw certain types of birth control, such as the Pill, which can cause a very early abortion? Yes. Would it ever happen? No. It was highly doubtful the amendment would even end abortions, let alone birth control. So no worries, ladies. Continue to take that little pink pill, which is just as liberating as, oh, I don’t know, pornography and sex trafficking. Anything that makes a woman easier to use for pleasure and discard — abortion, strip clubs, birth control, calling pornography “free speech” — is not an avenue toward liberation. It’s degradation, packaged in a condescending pink compact and sold to you… Oh, wait, now it’s covered by insurance! And soon – by the taxpayer! This is exactly what the Founding Fathers had in mind, I’m sure.

Meanwhile, in a vitriolic tirade full of contempt for both pro-lifers and people of religious faith, Jacques Berlinerblau (no comment) in WashPo calls i26 a “hard Christian right” crusade. (Who is this hard Christian right? Am I the hard Christian right? Are you?) He calls us — I assume he’s talking about us, since most of us support the idea of personhood — the “most swashbucklingest social movement out there.” Congratulations, pro-lifers! We beat out even the Occupy movement, who are right now camping out in cities all over the world, having public sex, publicly defecating, disrupting commerce, and generally living in filth in the middle of the public square. If we are “swashbuckling,” what are they?

How on earth does trying to call an embryo a human person make you an extremist, while teaching eleven-year-olds about oral sex with braces is sound public policy? In the bizarro world of the Washington Post, this is the case. The very idea of personhood was berated by — ahem — Berlinerblau, but the same paper treated the NYC sex-ed scandal as apparently a non-issue, since all I found on the site was a brief, just-the-facts-ma’am blog entry, which still managed to be dismissive of parental concerns. Sure, the article admitted, the controversial website at issue “may be geared for a college-age person,” but it also includes helpful information about staph infections and stress relief! Oh, well, that’s okay, then. I don’t know about you, but I’m fine with my kids being taught about foot fetishes, “swinger’s” clubs, and the definition of “doggie style,” as long as they throw some other, non-insane info in there, too. Oh, and by the way, calling an embryo a human is ludicrous, swashbuckling, hard Christian right nonsense!

Personhood has been defeated in Mississippi, to the surprise, I’ll note, of the Mississippians I happen to know, who expected it to pass. But just because we’ve lost this battle doesn’t mean we shouldn’t continue to educate people about this most basic and essential tenet of the pro-life philosophy: that the human embryo is, unequivocally, a human being. Remember: “There is no more appropriate moment to begin calling a human ‘human’ than the moment of fertilization. And don’t let anyone tell you otherwise, because it would be a degradation of factual embryology to say it would be any other moment.” That is Dr. Fritz Baumgartner speaking, a real medical doctor who knows what he is talking about.

So don’t let the guy sitting behind you at Starbuck’s or the lady who does your hair say, “The thing is, nobody really knows,” or “Scientists still argue about…” That is simply not true. We know when life begins. Some of us just don’t like to think about it, or have trouble wrapping our heads around the fact that an embryo is human. It’s a failure of the imagination. We think because it can’t yawn or blink or drive to Wendy’s yet it’s not human. But it is. Or, I should say, he or she is.

So should we continue to work toward these laws, even the ones that may be defeated? Of course we should. I agree with Ertelt that we should make overturning Roe our top priority. But meanwhile, isn’t the whole point of our movement that every life is worthwhile? The personhood amendment may have failed in Mississippi, but if even one person learned about personhood, and began thinking of the human embryo as a person, who knows what kind of ripple effect that might have? If one of these incremental laws saves even a single life before it’s shot down by the courts, it was worth every effort.

Kristen Walker’s writing can be found at Right Wing News , Eve’s Ransom, and New Wave Feminists. She is also a sometime Twitterer.